20 years in the music business 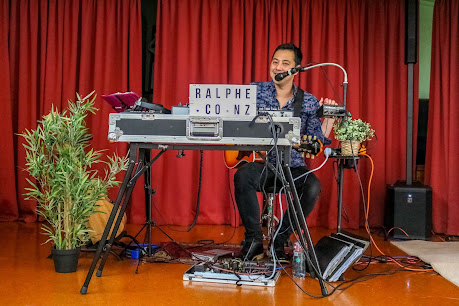 ➡ In my teens I worked full-time for 3 years, as DJ at a wedding/event agency (5 or 6 days a week back when I had youthful energy to do so). DJ residencies at pool halls and Downtown clubs. While cofounded @nonstop2k_official the largest MIDI archive of its day.
➡ By my 20s music became more of a side hustle, studied at @mainz.sit music school, while worked regular jobs, but got signed as an original artist, made a good windfall from crowdfunding (thanks Netherlands and Germany mainly thanks to a German based company), did some cray festivals, had a 2yr peak with debut record, even got mentioned by @coldplay on their site, appeared in a #videogame tournament @team_fortress
➡ By my early 30s I established my own music company, made records some got @nzonairmusic did @xfactornz boot camp, @musicstudios.co.nz series, then moved to UK, worked odd promo jobs, served as a waiter, driver for music festivals, sung promo tunes at tubes for LesMiserables official show, saw, met, and worked for celebs, met some muso pros, even did support slot UK festivals some to thousands people, in general was always more the behind scenes support fella, great memories though.
➡ Now happily singing at markets, the odd wedding and birthday, but nurturing these close clients. Cherry picking my clients and who I want to work with. To spot the dodgy clients that promise but don't pay. The Musos that have self confidence but don't deliver. In this bizz you see it all, all the egos, all the promises, all the stories, in the end I just become humble and thankful for the opportunities, the access, the memories of what a little music can bring, so much joy to others, that's what music is about. Sometimes I just gotta step back and acknowledge the longevity I've been doing this, as others come and go in the scene.

What Are You Looking For?

ralphe
These are my thoughts, preserved, in a digital time machine. Some thoughts are insights to our strange world, some fun, some days bad, most days good. As a thinking human, I like to share such stories like around a campfire, please don't be offended. I mean, it's just one musician with a blog.